So Garrett reviewed Gravity, which is a pretty great film (see it on IMAX), despite its flaws. http://www.forbes.com/sites/quora/2013/10/17/what-does-a-real-astronaut-think-of-gravity/ 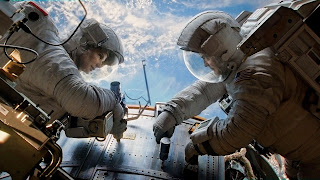 Posted by Atlantajan at 7:16 PM No comments:

Garrett did it!
Posted by Atlantajan at 7:25 PM No comments:

Jason Rhian of Universe Today did a great interview with Garrett regarding SpaceX. I am posting it here in its entirety. Like this blog's friend, Heather Archuletta (www.pillownaut.com) said, Space X could do a lot worse than having Garrett as its spokesguy.


CAPE CANAVERAL Fla. – Garrett Reisman knows a thing or two about what it takes to send astronauts to orbit. He should, he has taken the trip himself – twice. Reisman spent three months on the International Space Station launching with the STS-123 crew, and was a Mission Specialist on STS-132. He has walked in space, operated Canada’s Dextre robot and installed critical flight hardware to the ISS.

He has since left NASA to work for Space Exploration Technologies (SpaceX). Reisman took a moment to chat with Universe Today just before the final launch of the shuttle program, STS-135, on the orbiter Atlantis. Reisman spoke about SpaceX’s contract with NASA under the second phase of the Commercial Crew Development contract or CCDev-02, his new role as Director of SpaceX’s Dragon Rider program and whether there is another trip to space in his future.

Universe Today: Hi Garrett, thanks for taking the time to talk with us today, tell us a little about CCDev-02.

Reisman: “Thanks, it’s good to be here, SpaceX has dubbed CCDev-02 the ‘Dragon Rider’ program, CCDev sounds like someone’s logon name. Dragon Rider is the name of SpaceX’s efforts to send astronauts into orbit on board the Dragon Spacecraft.”

Universe Today: A nod to Anne McCaffrey’s Dragonriders of Pern?

Universe Today: If you had to pick out one of the most interesting elements of what SpaceX is working on for CCDev-02 – what would it be?

Reisman: “I think I would have to say it is the integrated launch abort system. The system that SpaceX is working on will not be the normal tower that is positioned above the spacecraft; instead it will be built into the sides of the Dragon. This system will be reusable and allow the Dragon to land.”


SpaceX plans to use the Dragon Spacecraft to send astronauts to the International Space Station. Image Credit: SpaceX
Universe Today: What do you think sets SpaceX apart from other, similar companies?

Reisman: “Some companies will offer you the rocket, others the spacecraft, at SpaceX we got both – it’s one-stop-shopping. We got the rocket, the Falcon 9, which has had two very successful test flights and we have the Dragon Spacecraft which became the first commercial spacecraft to orbit the Earth and splash down safely this past December. With both of these vital elements we have great confidence that we can do what we say we will do as we move forward.”

Universe Today: What made you decide to leave NASA and come to SpaceX?

Reisman: “I left NASA about four months ago and came over to SpaceX because I was very excited about what was going on in the commercial sector, just all this amazing innovation that was being unleashed and I wanted to be a part of that, to contribute to that.”

Universe Today: Final question, as a veteran astronaut are you hoping to ride Dragon to orbit one day?

Reisman: (smiles) While that’s not why I joined SpaceX – I wouldn’t rule it out either…”

SpaceX is looking to launch the next Falcon 9 rocket with Dragon Spacecraft some time this fall from Cape Canaveral Air Force Station’s Launch Complex 40. This demonstration flight will test out the Dragon’s navigation and other operating systems. This year SpaceX is planning to launch two flights under the Commercial Orbital Transportation Services or COTS contract, worth $1.6 billion, that the company has with NASA.
Posted by Atlantajan at 9:21 PM No comments:

Click here for much awesomeness.
Posted by Cathy at 1:00 PM No comments:

Look, since we're going to be doing this for a while...

For the love of Yuri, guys, it's SO-yuz¹.
The "yu" is one letter in Cyrillic. It cannot be split up.

If I have to listen to SOYooze for the next whatever², I swear...

Gee, Hubble, it'd be nice if you were awesome or something.

Without manned spaceflight, Hubble would have become the most expensive piece of space junk ever launched.
Thanks again, guys.


From the website:
Zooming in on Omega Centauri Stellar Motion
This movie sequence begins with a ground-based image of the giant globular star cluster Omega Centauri and zooms very tightly in to a Hubble Space Telescope image of the central region of the cluster. In a simulation based on Hubble data, the stars appear to be moving in random directions, like a swarm of bees.

Well, most distant from us.

From the Hubble's official site:

The Universe's Most Distant Object

This video is a zoom into the Hubble Space Telescope infrared Ultra Deep Field, first taken in 2009. It is a very small patch of sky in the southern constellation Fornax. The zoom centers on the farthest identified object in the field. The object, possibly a galaxy, looks red because its light has been stretched by the expansion of the universe. Credit: NASA/ESA/G. Bacon, STScI (no audio)

There are still VERY awesome things going on in space that don't involve manned flight.

The badass Cassini spacecraft detected a storm on Saturn way back in December and that storm still rages today. It covers a mindblowing 2 Billion-With-A-'B' square miles. (By contrast, the Earth's surface is only 197 million square miles.)

At its most intense, the storm was producing 10 lightning strikes a second. Listen to the audio of the lightning.
Posted by Cathy at 5:25 PM No comments:

In honor of STS-135 and as a memento to the Program: Post your favorite shuttle memories!

You don't even have to have stepped foot in Florida to have a favorite memory of a shuttle mission!
What are some specific memories that you relate to the shuttle?
Let's just do happy memories today. I can't take anymore emotional stuff.
We all have extremely similar tragedy stories, but I'll bet not one other person who isn't a Ward relates a #2 Washtub* to a shuttle launch. Hell, half of you probably don't know what a #2 Washtub is. I'm still not sure.