Where in the World is Garrett? 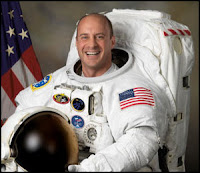 Garrett has started his new career at SpaceX, a company dedicated to commercial space exploration, specifically the delivery of equipment and material to the ISS. As part of its mission, SpaceX has as a long-term goal enabling "humanity to become a "space-faring civilization."

The company is, according to its website "privately developing the Dragon crew and cargo capsule and the Falcon family of rockets from the ground up, including main and upper stage engines, the cryogenic tank structure, avionics, guidance & control software and ground support equipment.

With the Falcon 1, Falcon 9 and Falcon Heavy launch vehicles, SpaceX is able to offer a full spectrum of light, medium and heavy lift launch capabilities to our customers. We are able to deliver spacecraft into any inclination and altitude, from low Earth orbit to geosynchronous orbit to planetary missions. The Falcon 9 and Falcon Heavy are the only US launch vehicles with true engine out reliability. They are also designed such that all stages are reusable, making them the world's first fully reusable launch vehicles. And our Dragon crew and cargo capsule, currently under development, will revolutionize access to space by providing efficient and reliable transport of crew and cargo to the ISS and other LEO destinations."

With funding from NASA's Commercial Orbital Transportation Services, SpaceX is building space vehicles capable of filling the gap that will be created when the space shuttle program is retired.

Garrett will be a senior engineer working on astronaut safety and mission assurance.
Posted by Atlantajan at 4:15 PM No comments: