We Are Not Alone, and I Hope They Don't Come for Garrett 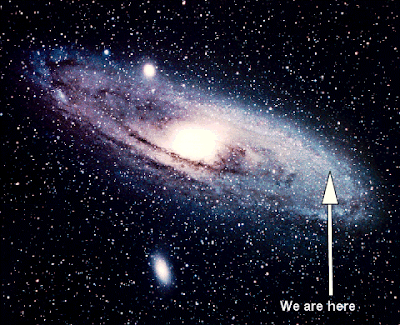 Ever since I discovered how big the universe actually is, I have been convinced that we are not alone in it. I mean, we are a tiny blip in an itty bitty portion of the Milky Way, and there are, according to a 1999 Hubble estimate, roughly 125 billion galaxies in the universe. Other estimates go as high as 500 billion. Regardless of how many billions we accept as true, the question remains: Why in the world would we think it possible that we are the only intelligent life out there?

Anyway, last Monday, seven USAF personnel talked to the National Press Club about how they believe that aliens are out there, AND they are interested in our nuclear weapons facilities. The six former officers and one ex-enlisted man said they either personally saw UFOs hovering over nuclear missile silos or nuclear weapons storage areas in the 1960s, '70s and '80s or heard reports of such from their subordinates.

Three of the former Air Force officers said that UFOs hovering over silos around Montana’s Malmstrom Air Force Base in 1967 appeared to have temporarily deactivated some of the nuclear missiles.

Meanwhile, one of the largest telescopes in North America, the 72-inch All Sky Optical SETI scope, owned by The Planetary Society and operated by a Harvard University team, is looking for pulses of light that would confirm contact with extraterrestrial life. According to the Society, the telescope, with its cutting-edge processors, crunches, in one second, more data than what is stored in all books in print.

I hope we find something. But I worry that, if they find us and they figure out how smart and funny Garrett is, we could lose him.
Posted by Atlantajan at 6:31 PM No comments: